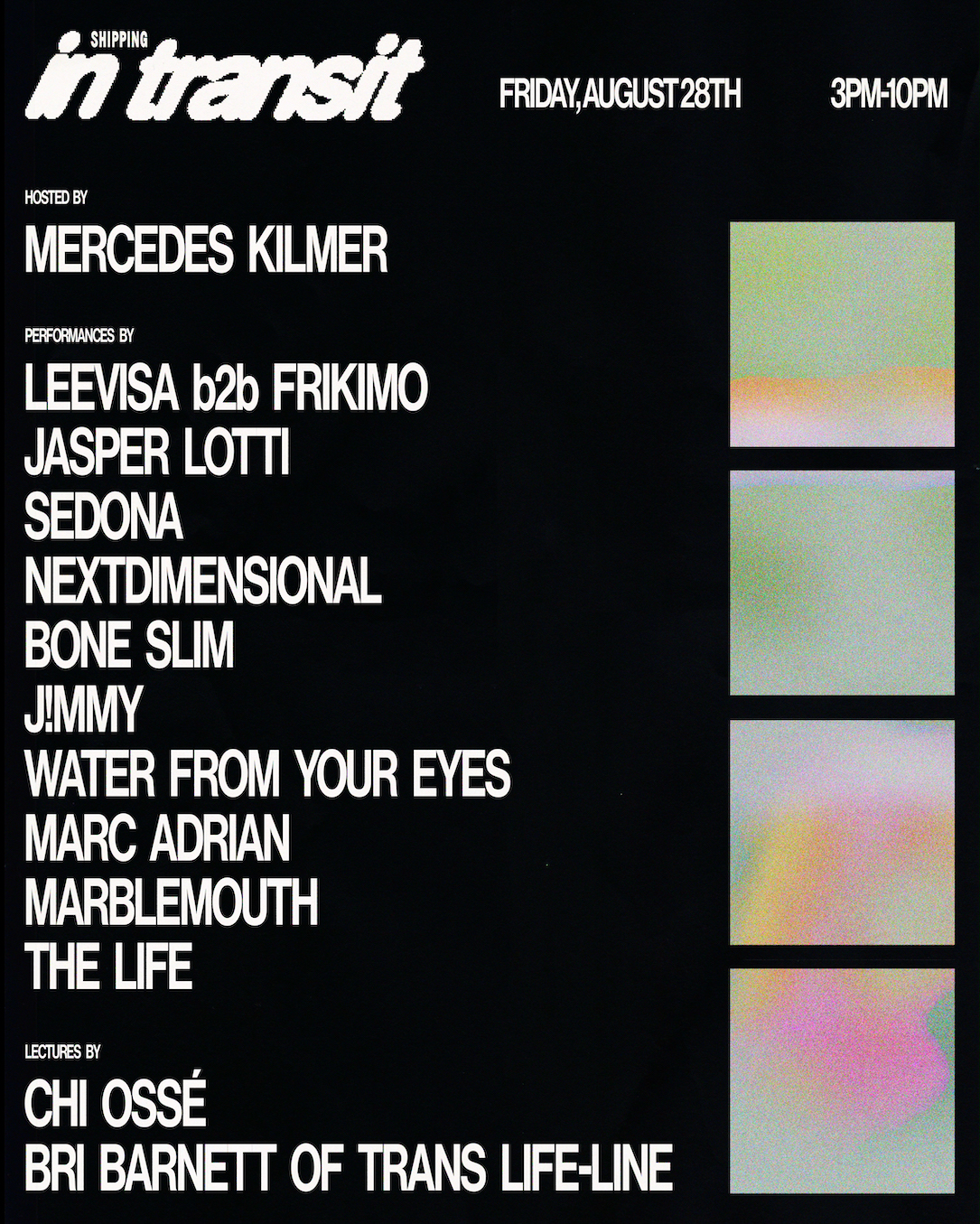 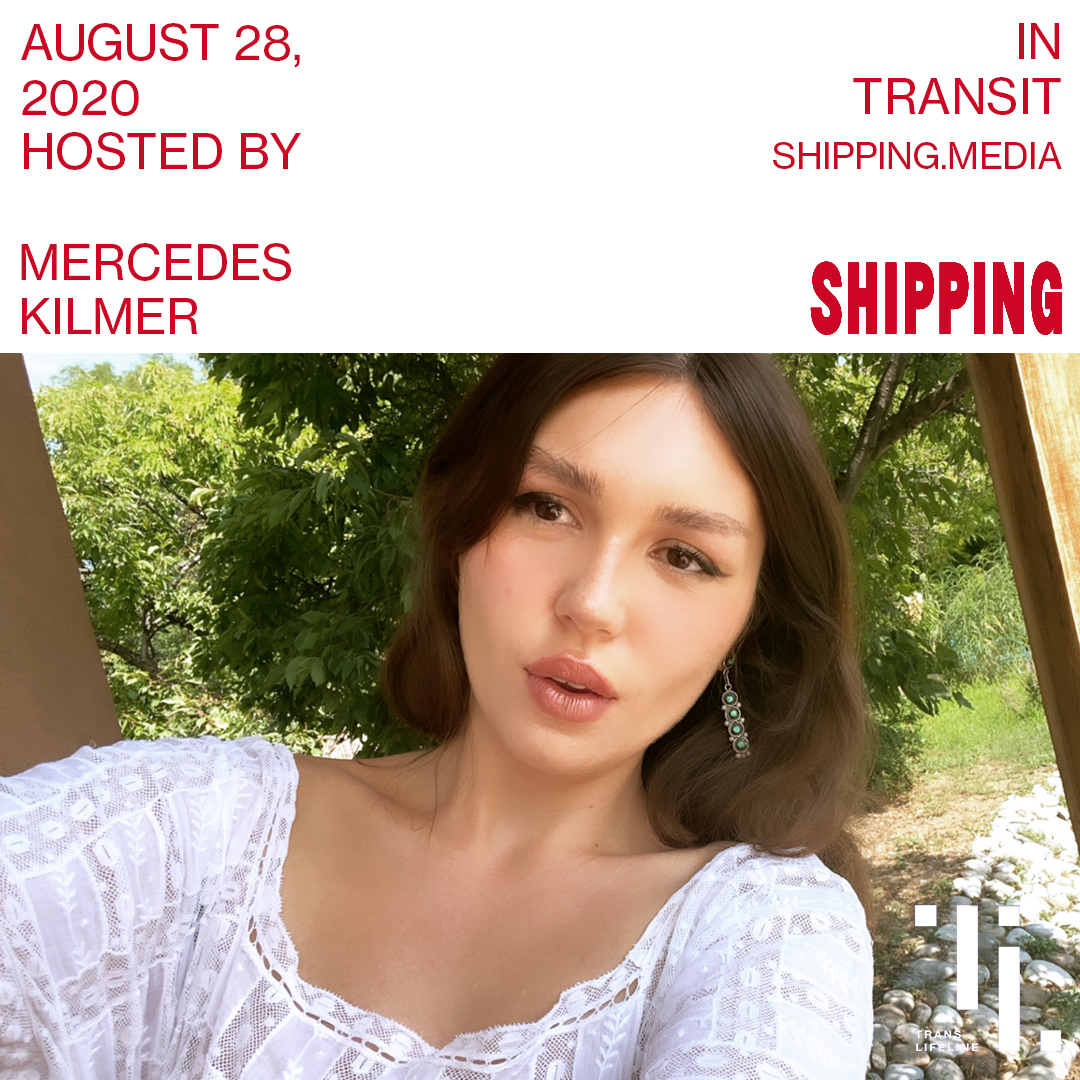 Mercedes is the host of In Transit, she is an actress and astrologer based in Los Angeles. Her most recent film, Paydirt, premiered earlier this month. 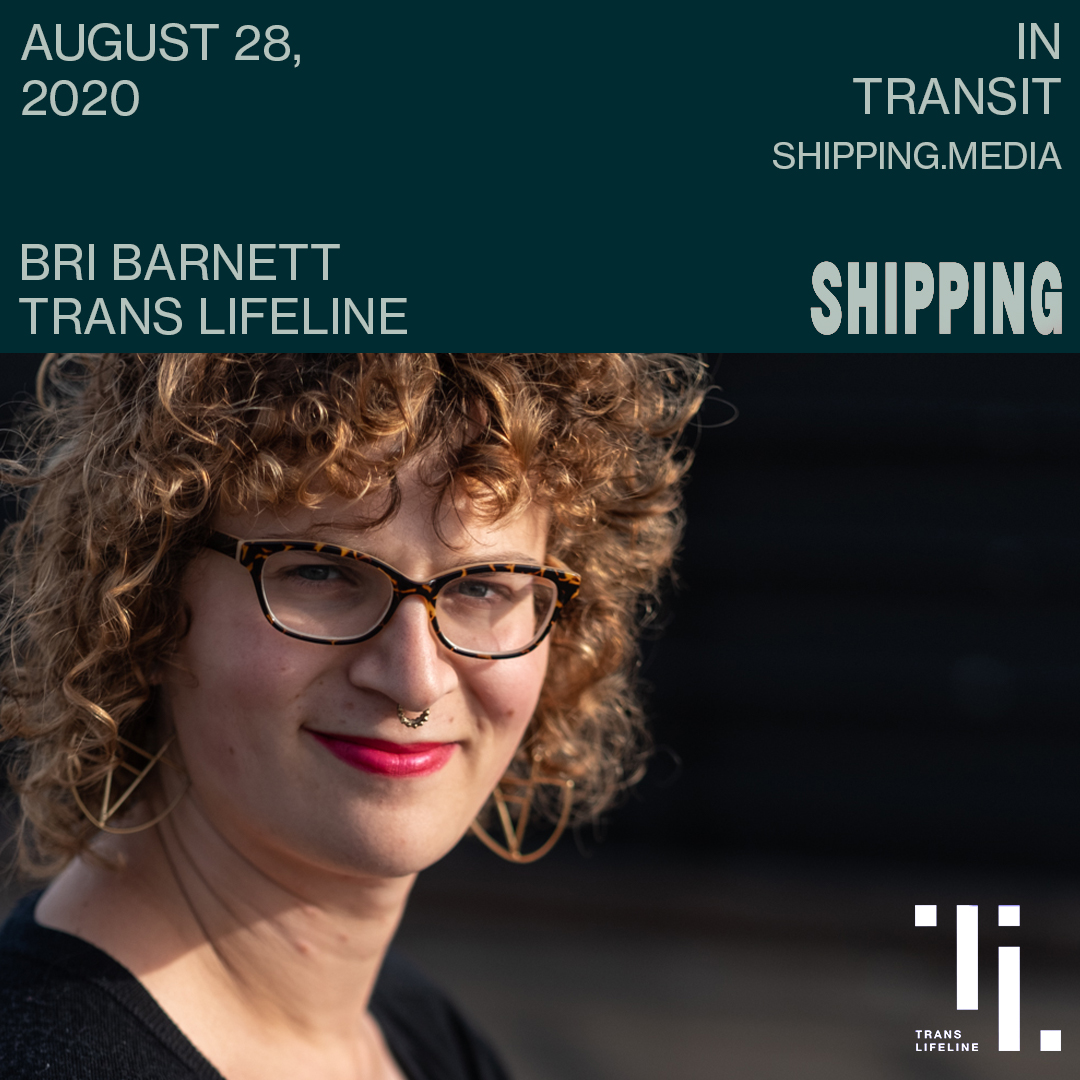 Bri Barnett (they/she) is Trans Lifeline's Director of Development and Interim Director of Communications, a board member of Jewish Youth for Community Action, and a trained mindfulness facilitator. Bri is also an activist and fundraiser who has organized in the labor, environmental, anti-racism, housing rights, and LGBTQ+ movements. She is thrilled to support Trans Lifeline's programs so that they can ensure that every trans person has the community and resources they need to thrive. 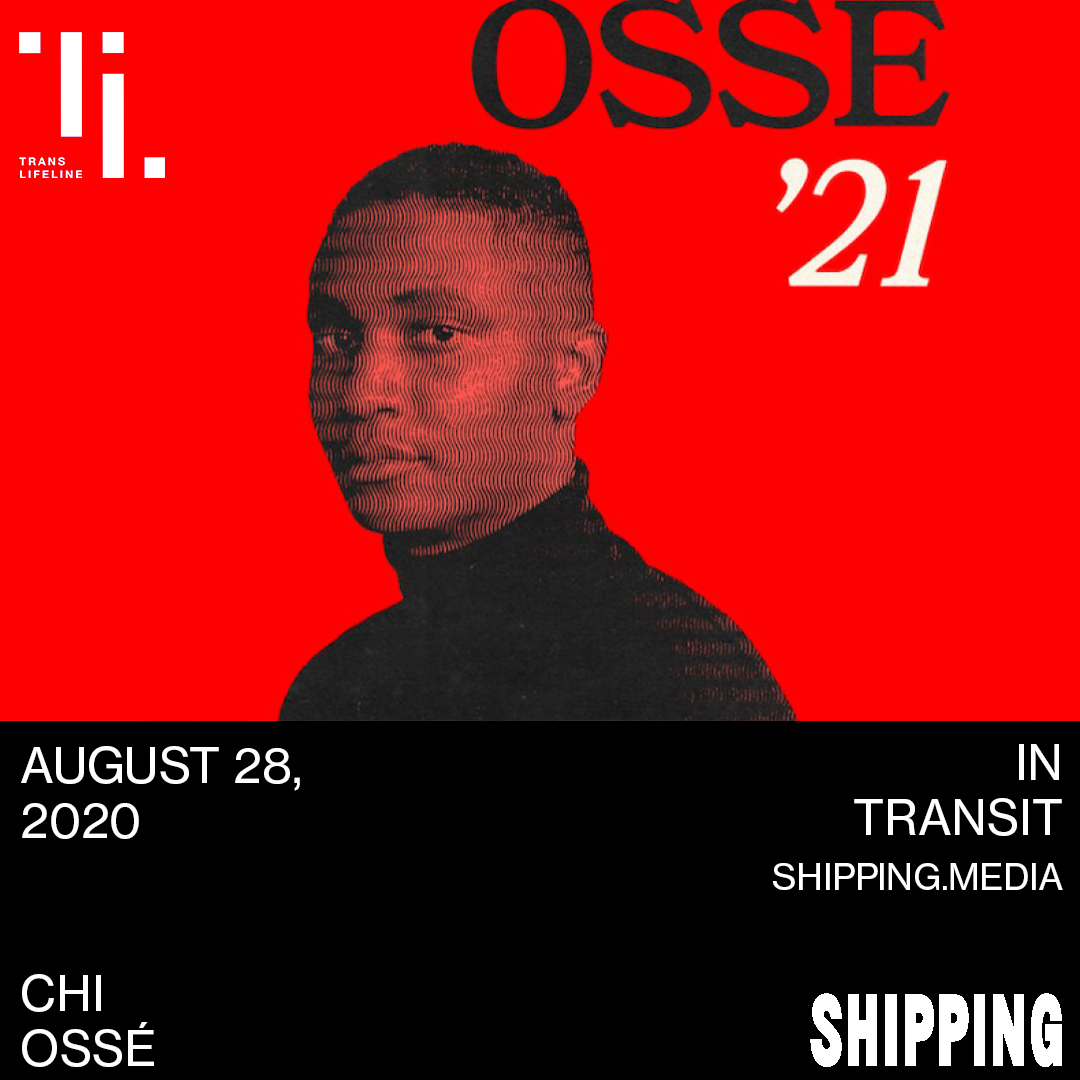 Chi Ossé is a third-generation Brooklynite, activist, and political candidate, who grew up in North Crown Heights. Ossé is playing key role in the revitalization of the Black Lives Matters Movement by marching alongside Warriors in the Garden, a collective of activists. Chi knows that City council is supposed to be a check upon police, education, and the criminal justice system. So Chi took it upon himself to run for office and fight against the inequities that have always been visible in his community.


On Juneteenth, Ossé announced his bid for City Council in the 36th district. Throughout his childhood, Ossé witnessed the negative effects of gentrification, police brutality, education inequality, and food deserts in his community. He also realized the difference in opportunities as he navigated throughout New York City. As an activist and now candidate, Chi will bring awareness to and fight for positive change to these issues.


Ossé intends to win the 36th district and sponsor initiatives that will Re-invest capital and resources into communities of color and lower-income communities. He is focused on what he calls the Three Rs: Reinvest, Renew, and Reimagine.


Please join the campaign for Ossé 2021 by signing up for the mailing list below, following our social media, and greeting Chi as he canvasses the streets of District 36.

Marblemouth is the solo project of Providence to Brooklyn transplant Ev Pacheco (they/them). Currently spending most time playing guitar in Jersey/BK band Long Neck, Marb started during Pacheco's time in Syracuse NY through inspiration of local peers to write songs after being a rhythm section member for years in bands Upstate. The songs quickly became a new personal outlet and diary of personal growth about their time in Syracuse and continued on as a self help mechanism after they left NY, only to come back to Brooklyn in 2019. Marb's first EP "Nest" highlights 3 almost incomplete songs about feelings of pure unexplainable discontent in one's own body, mind, and environment as well as mulling over ways to find peace amongst it all. A full length album is currently in the works. Email marblemouf@gmail.com if you want to hear a demo or two. Thanks for listening. 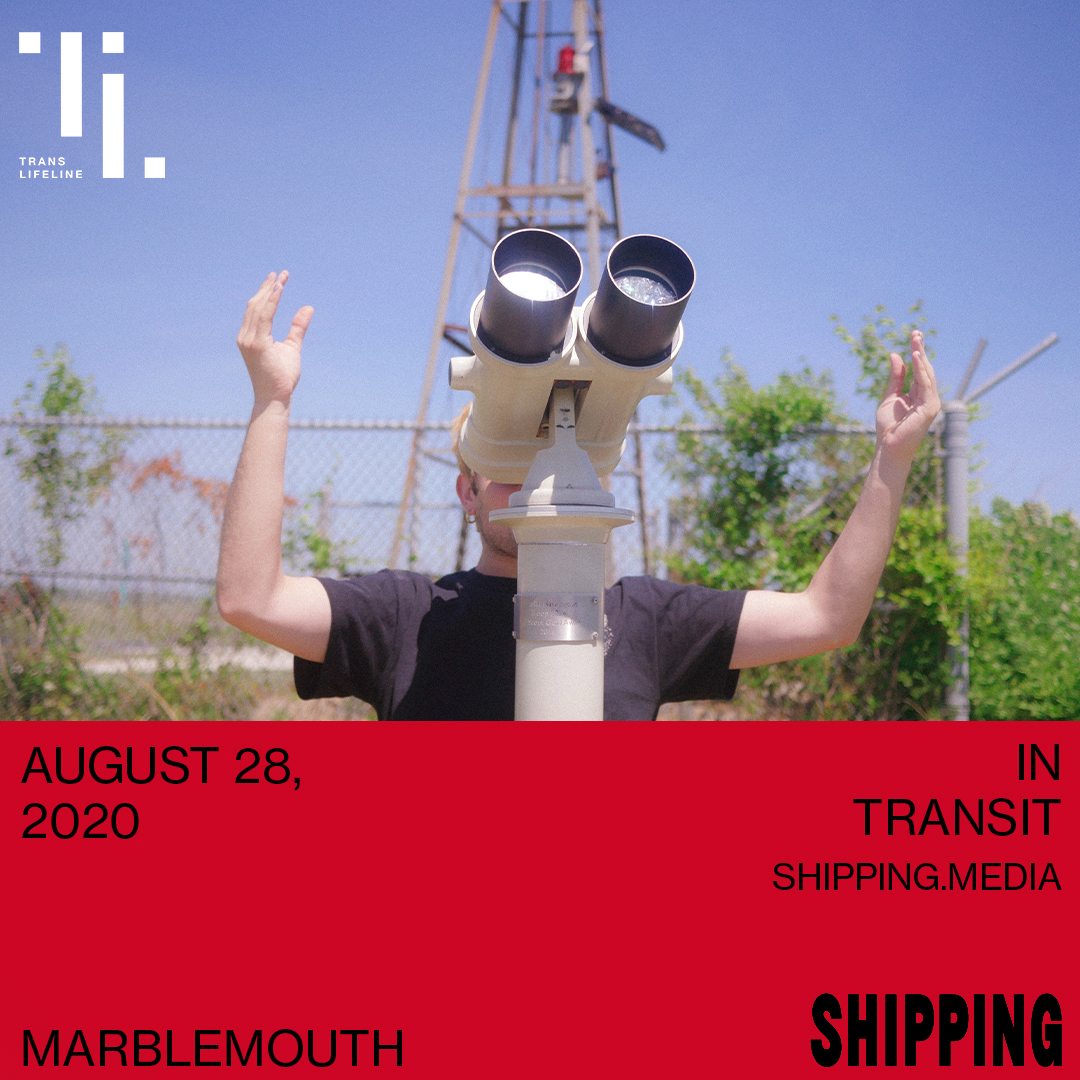 Marc Adrian has been making music for several years now, originally starting as an engineer at The Brewery Recording Studio, and working with artists like Captain Steez under the name MONK. Eventually he rebranded to his current nomenclature, and has been moving forward ever since. Marc draws his inspiration from a myriad of sources, from lyricists like Nas, Kanye, and even Bjork and Radiohead. Marc was originally born in Trinidad, but moved to the US when he was 4. His NYC upbringing was a huge part of the way he was shaped, and he grew up skating, drinking 40’s and smoking weed as many other inner city kids did. 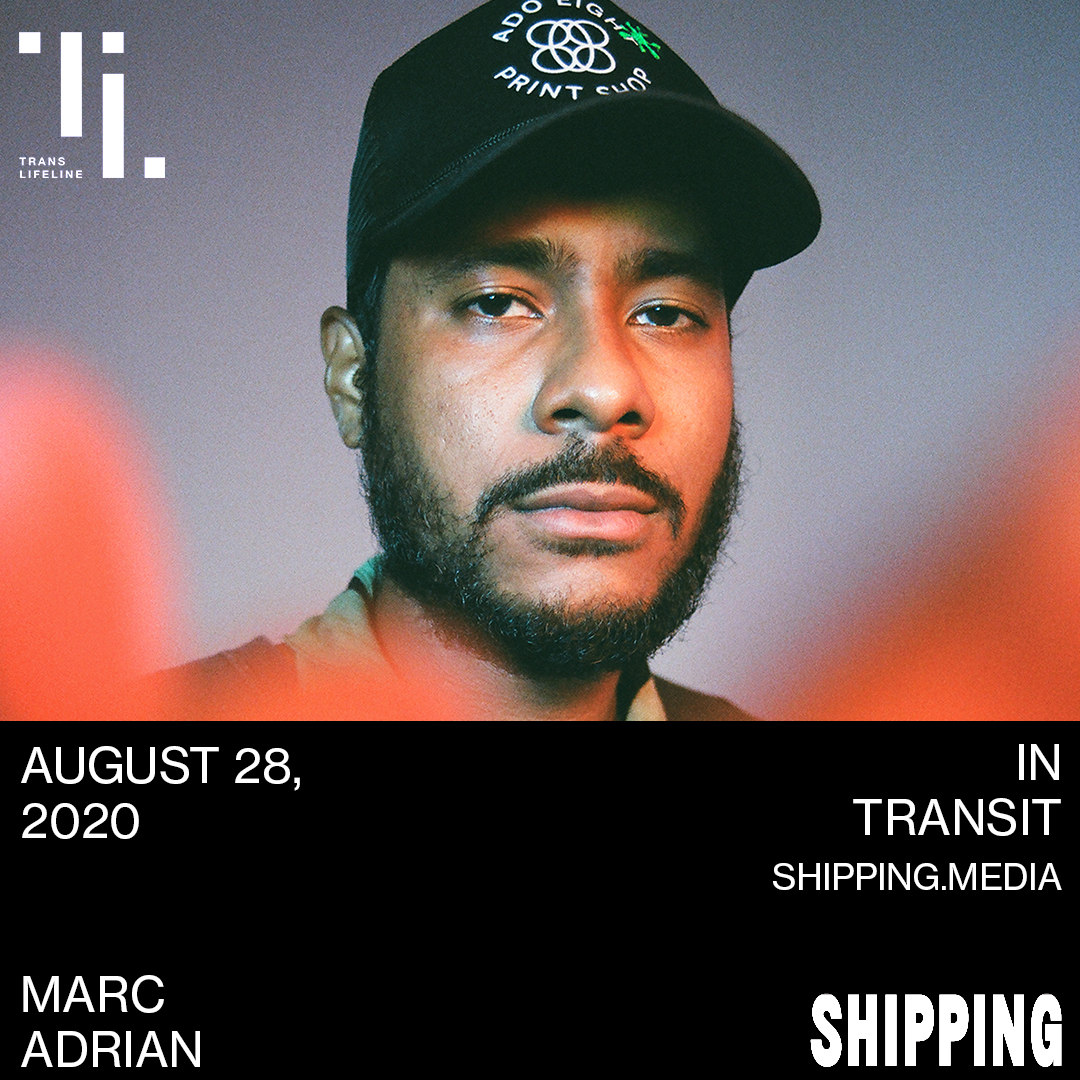 Water From Your Eyes

Water From Your Eyes is a dance/rock/pop project by producer and multi-instrumentalist Nate Amos (he/him) and vocalist Rachel Brown (they/them). The duo began making music together in the summer of 2016 and have since released four full length albums and five EPs. Their album Somebody Else's Song was released by Brooklyn label Exploding in Sound in October 2019 and received some really nice compliments from some very kind people. In March 2020 they released 33:44. The record caused Rachel's own mother to walk away while it played due to its cacophonous nature. An accompanying single titled 14 came out in August. The pair is joined by the talented Mike Kolb (he/they) on guitar and keys in the live version of the band. They used to play a lot of live shows and now they do not. 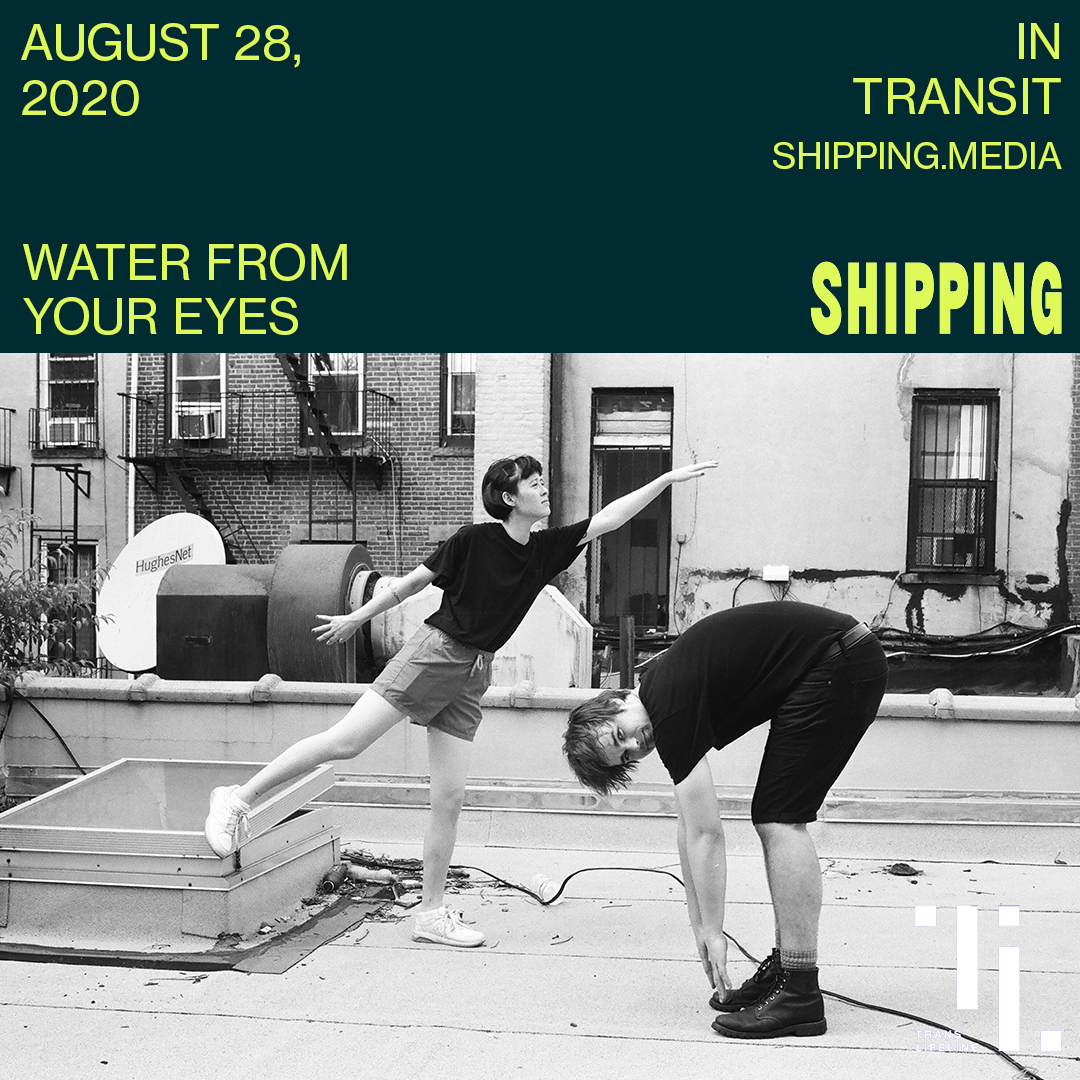 A lover's paradox. A emotionally charged duality of love & hate. Or, you can call it J!MMY's music. The Jersey native, has found a soulful & lush way to describe the conflict between his inner hopeless romantic, and ice cold player. By that, it's a story of triumph and true love overcoming all, complemented with tales of deception and betrayal, sometimes self-inflicted. It is this raw emotion & brutal honesty that endears listeners to all of J!MMY's records. J!MMY's first few single covers included a picture of a dog on them for this very reason in a sense: He is as lovable as he can be troublesome at times. Sometimes the dog gets his bone, other times, he's being chastised for ruining the couch. Except....trade out couch with "relationship" and you have J!MMY! 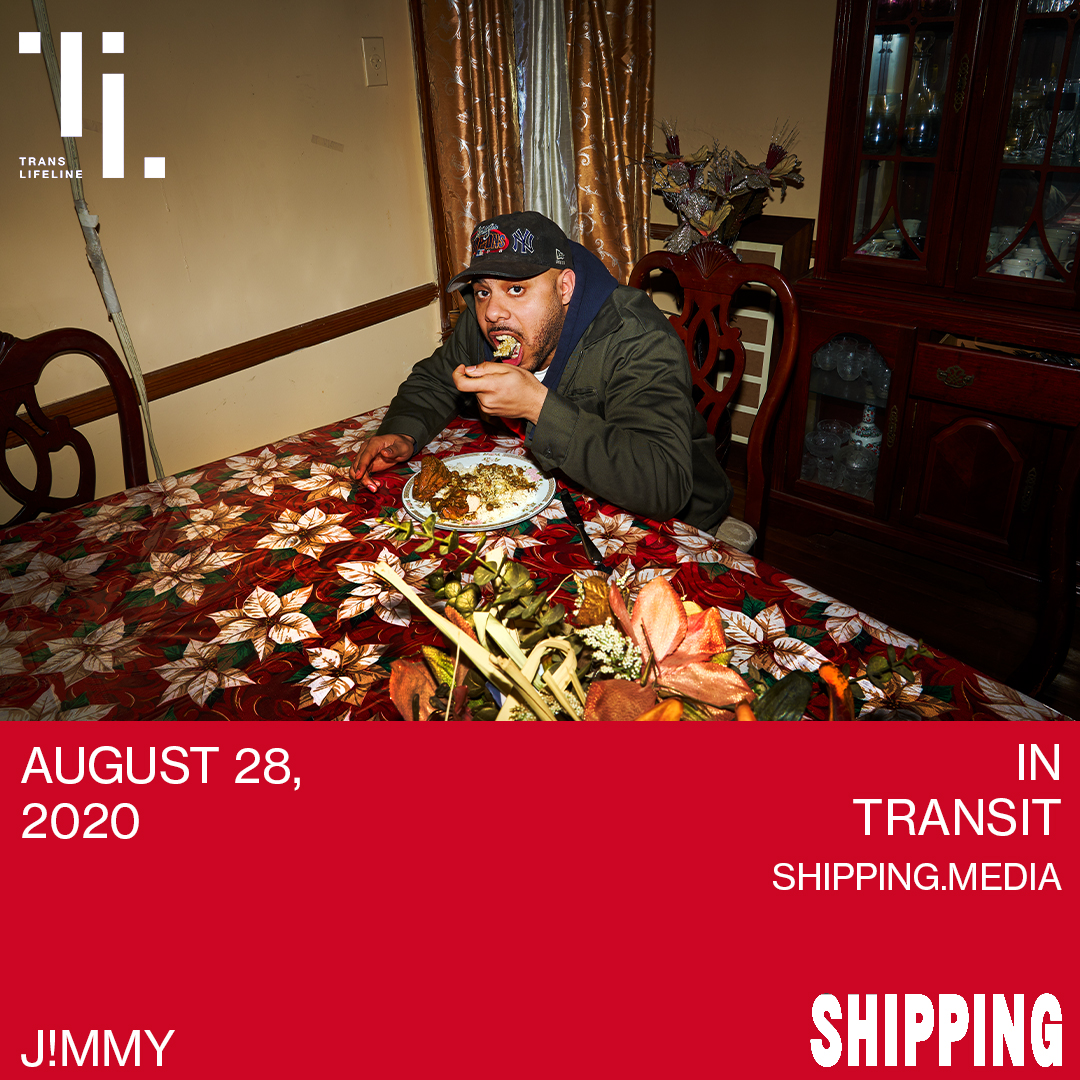 Bone Slim is an artist from the UK who mainly vocalises on a versatile selection of beats and hip hop. Hailing from the London based group Nine8 Collective, Bone Slim shows some personal songs from his solo career in this intimate session. 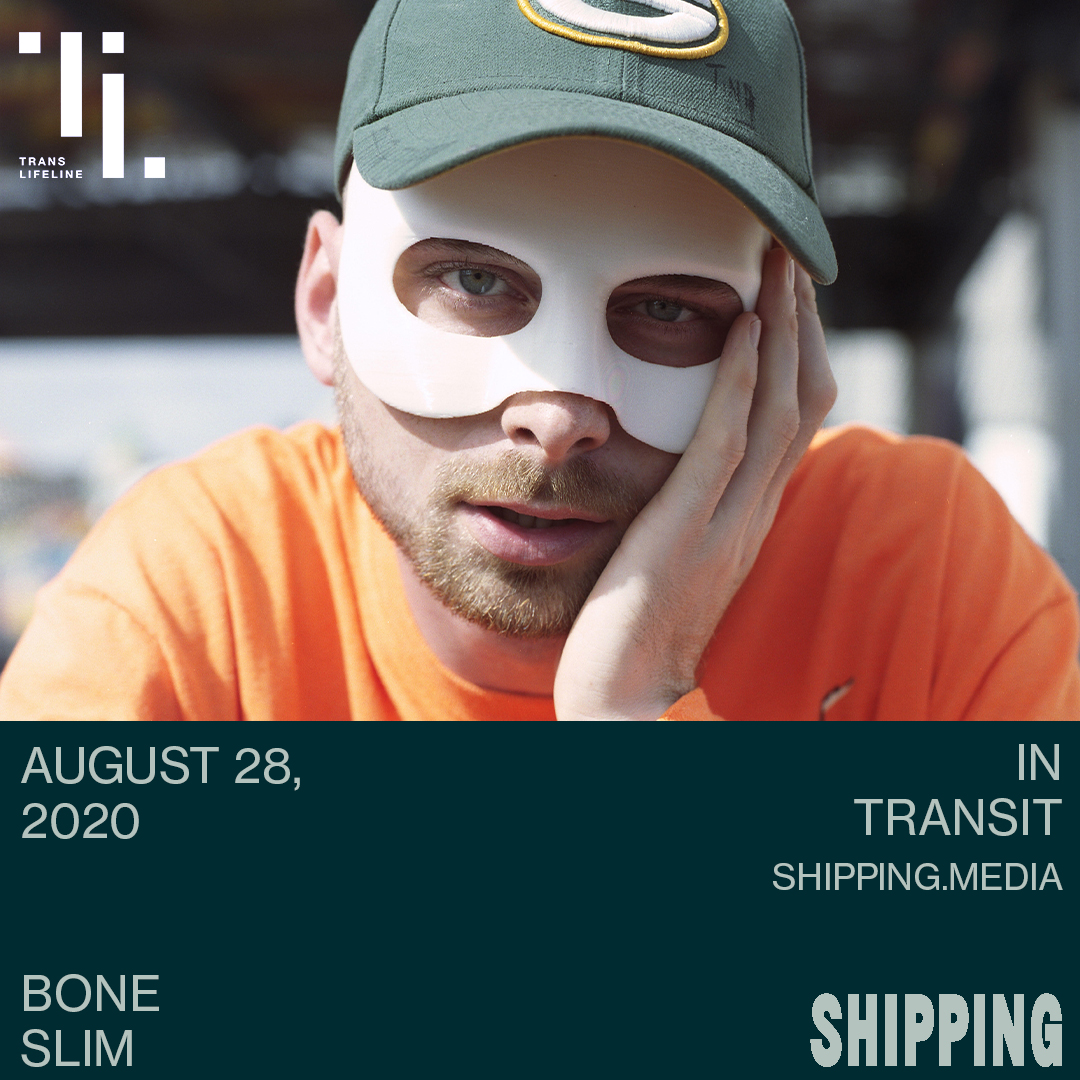 Jasper Lotti’s world exists as a parallel universe. The singer-songwriter and producer's experimental approach to pop music has birthed a genre she refers to as “dyspop” (dystopian pop), and reveals both playful curiosity and twisted humor—traits that allow her to delicately skew reality through sound. She first arrives at many of her compositions by exploring movement and using her body to channel and release. Simultaneously imaginative and straightforward, Jasper's haunting vocals express an emotional complexity that would otherwise be limited by language. Lyrical paradoxes and sparse beats amplify infectious hooks and melodies, making them sound distantly familiar and otherworldly at the same time. Fall into the arms you cannot see. 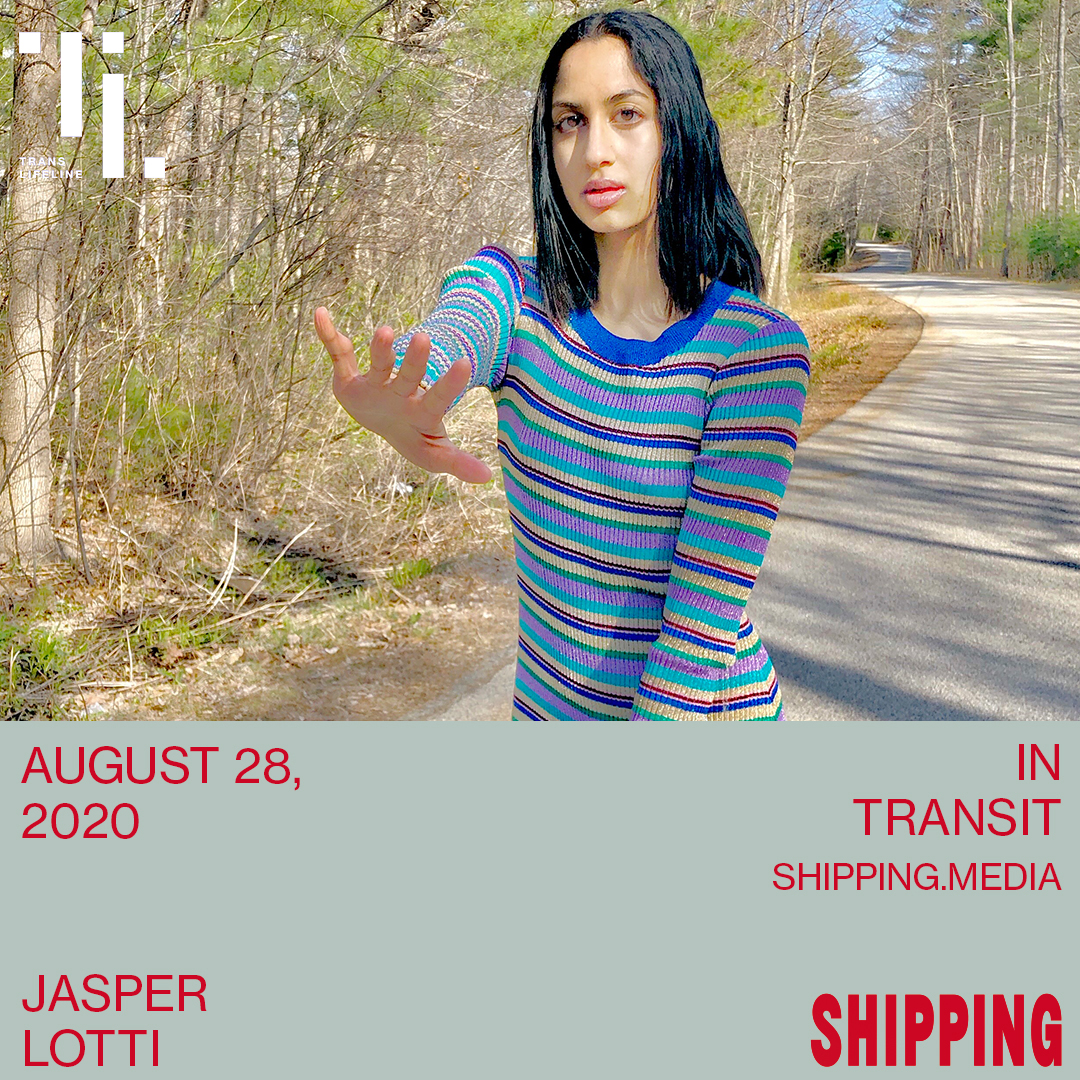 Sedona's sound emerges from the nostalgic undertow of hook-filled pop antics. Conjuring up female leads like Stevie Nicks and Madonna, Sedona aims to fuse past hurts with a contemporary feel. Founded by lead singer Rachel Stewart, the project has evolved into an amoeba of many creative minds. With Merilyn Chang on keys, Claire Gilb on guitar, Margaux Bouchegnies on bass, and Tia Cestaro on drums, camaraderie is at the heart of all things Sedona. The five piece comes together to celebrate ruminations of the heart - with all its pain and all its glory. 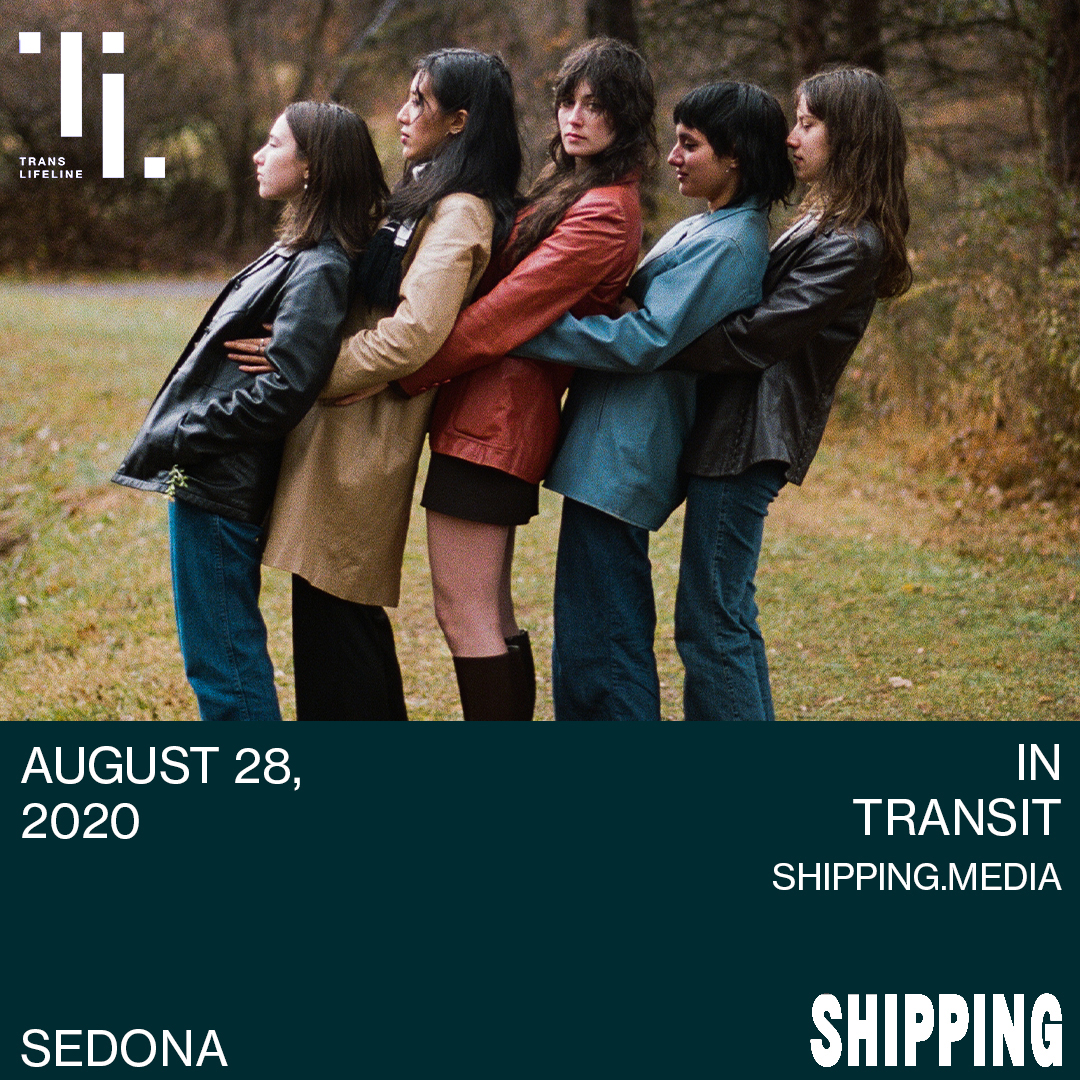 nextdimensional is a Twin Cities-born producer, singer, & DJ whose sound fuses dreamlike electronic soundscapes with lucid, lo-fi vocals. Brooklyn-based since 2018, her releases have led her to performances around Brooklyn’s underground scene and repeat appearances on internationally-renowned radio music series, The Lot Radio. 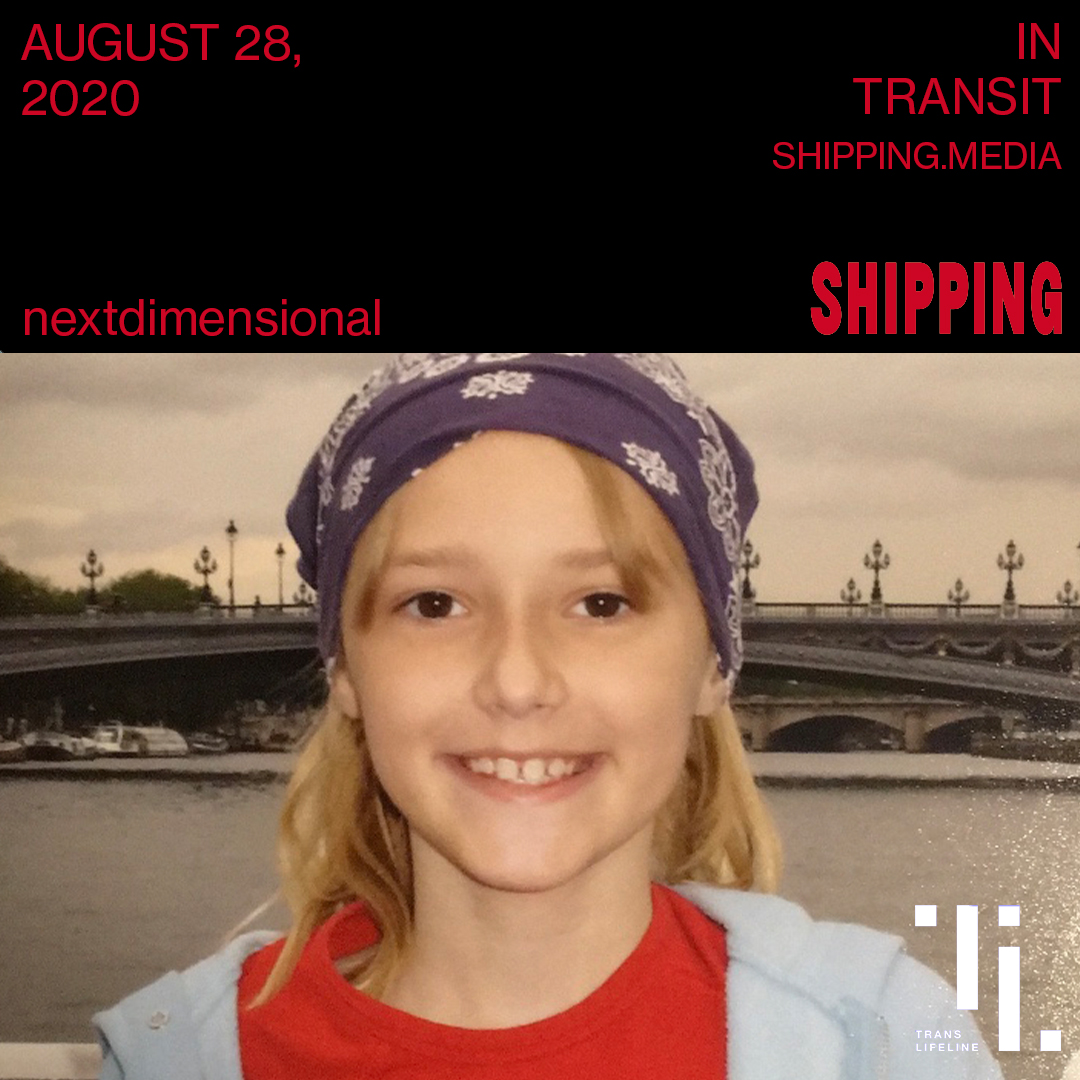 While working as a DJ in Seoul, Leevisa gained a deeper appreciation for the importance of music in the life of human. Since releasing her debut EP ‘Candle’ in 2018, she has enjoyed an active music career exploring various aspects of sound. After participating in the twentieth-anniversary of the CTM Festival in early 2018, she had lots of shows in different countries. Producing music that combines elements of different fields, she has continually expanded her music production spectrum.


Frikimo is a DJ/Producer based in Seoul, South Korea. He is a co-founder of the art & music collective named Free Collision. 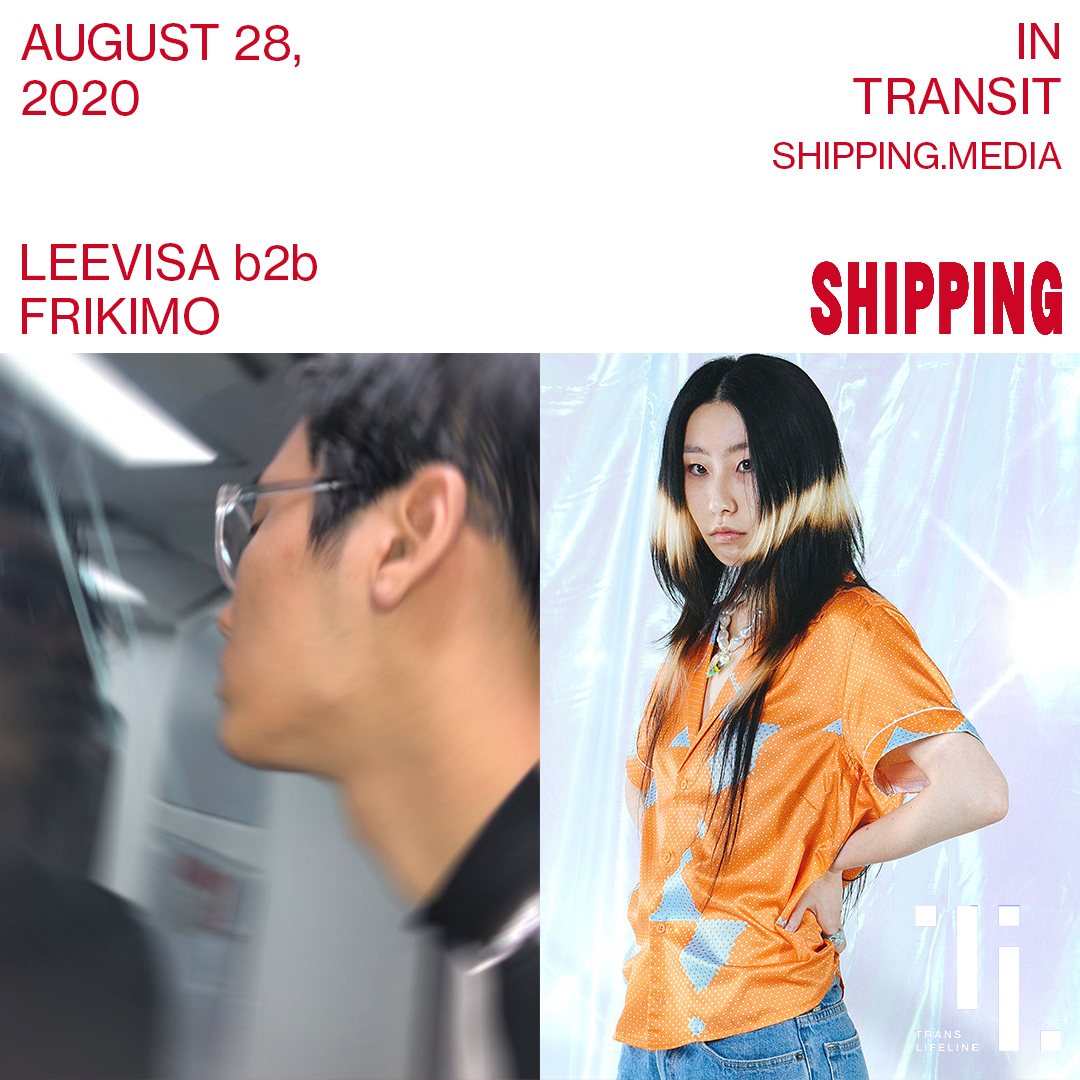 Originally from Seattle, WA, Portland based pop artist Ayegy takes his music day by day, making each song a unique experience. Focusing on Nihilism, Spirituality, and Partying, his discography makes you want to dance then sit down and read to your niece because life's too short. Ayegy enjoys expressing himself through fashion as well, describing his fashion sense as "a Blueberry Banana Mango Pomegranate Strawberry smoothie." 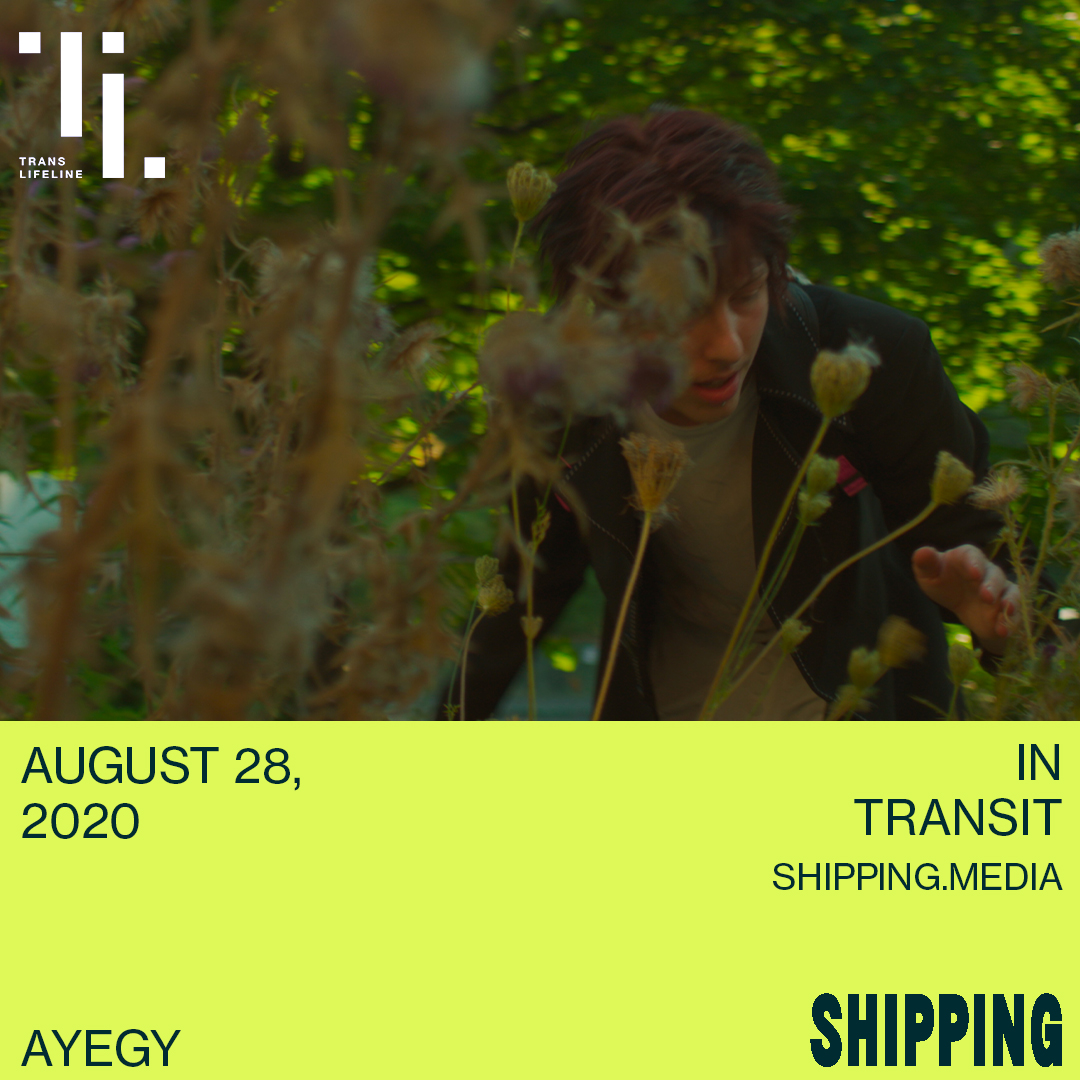